The Zanzibar International Film Festival 2014 kicked off in true Zanzibari style on Saturday June 14th with the arrival at The Old Fort of the Opening Parade – “United Against Gender Based Violence,” followed by a glamorous and celebrity filled launch event filled with film and music.

Hundreds of women from across Zanzibar marched through the streets of Stone Town on Saturday afternoon carrying placards and singing, ensuring their message was heard. They were welcomed at the Old Fort as ZIFF festivities got underway. Many of the women attending the march are in fact from the villages that ZIFF’s Village Panorama reaches during the festival.

ZIFF’s Opening Night this year was a special celebration honouring 20 Years of Democracy in South Africa with the screening of Mandela: Long Walk to Freedom. The ceremony opened with the Zanzibari sounds of DCMA music group, and also included a breath-taking performance from Egypt’s Tanuri Dancers, who held the audience spell-bound throughout their performance. One of the stars of the film, well-known and loved South African actress Terry Pheto attended the event and spoke ahead of the screening. Festival Director Martin Mhando officially opened the event with a message of inclusion and on the power of film to bring to life “our common destiny.” The Guest of Honour, the Honourable Ambassador Seif Ali Idi, The Second Vice President of Zanzibar also stressed the importance of ZIFF for the economic and cultural development of Zanzibar. Guest then enjoyed the screening of the Oscar nominated film, Mandela: Long Walk to Freedom.

After the screening of the film guests were invited over to the Mambo Club to enjoy music from Tanzania;s own Tamaduni Music and the amazing sounds of Malawi’s Mind, Body & Soul. DJ Kaka Khalil, all the way from Puerto Rico was accompanied by an amazing light show which carried on 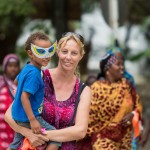 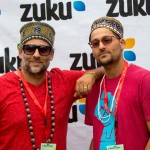 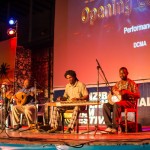 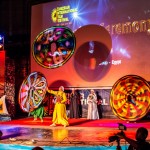