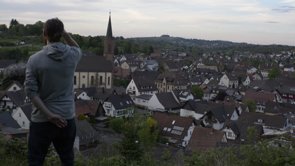 Johannes used to be a football talent, he is a singer-songwriter and recently became a dad. As part of this “sensitive” portrait, the film follows his desires and hopes. With documentary precision it observes and through intimate conversation it reveals a “fascinating personality”. Despite his controversial view of life, the film does not denounce his protagonist even though, admittedly, Johannes is a bit of a social misfit.