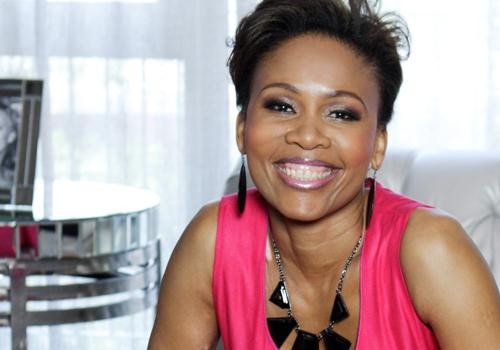 Leleti Khumalo is a legend even as she walks the streets of Johannesburg! When in 1985 she auditioned for Mbongeni Ngema’s musical, the much acclaimed Sarafina! Leleti was a young girl of 15! The Broadway run lasted two years, after which the production embarked on a worldwide tour. In 1987 Khumalo received a NAACP Image Award Best Stage Actress.

Her performances including those on Broadway started her journey to stardom and legend status especially when in 1988 she won a Best Actress Tony Nomination for her role as Sarafina in Sarafina!  Starring alongside Whoopie Goldberg in the film version of the musical Sarafina in 1992, she was able to eclipse such luminaries such as Miriam Makeba, John Kani and even Whoopie herself. She stole the film as many remarked. He remarkable singing of “Our Father…” remains a true tour de force of that musical which had a worldwide distribution, and became the biggest film production to be released on the African continent. Again Khumalo was nominated for an Image Award together with Angela Basset, Whoopi Goldberg, and Janet Jackson . In 1993, Leleti released her first album, Leleti and Sarafina.

Khumalo joined has also had runs in the small screen with spells as the cast of one of South Africa’s longest running soap operas, Generations in 2005 as Busiswe Dlomo (Busi) and the cast of Uzalo as the wife of pastor Zandile. The role marked her first on-screen appearance after a two year hiatus from acting to raise her children

Her legendary status was built when she continuously shone in such productions as Africa United (2010), Invictus, (2009), Cry the Beloved Country (1995).

She comes to ZIFF as the Festival Chief Guest with Sarafina, the film, which will be shown in conjunction with the theme of From Selma to Soweto in commemoration of the civil rights movements in the Black world. Her film Yesterday will be shown in the Village Panorama in Donge, Zanzibar, where Leleti will also be the Guest of Honour.