The LADIMA Foundation and the Africa in Motion Film Festival (AiMFF) Special Event at ZIFF 2018 is focused on highlighting women’s contributions to film and filmmaking in Africa. Two films, Mossane (Safi Faye, Senegal, 1996), and Fatma 75 (Selma Baccar, Tunisia, 1976) that have been restored, digitised and sub-titled into English by AiMFF, will be screened.

Following the two screenings, Lizelle Bisschoff, the Africa in Motion Film Festival Founder and  Stefanie Van De Peer (academic and writer) will facilitate an interactive workshop on histories and biographies of female African filmmakers.  The workshop will draw from the research that Lizelle and Stefanie have conducted over the last decade on women in African cinema and highlight the significant, but marginalised, contributions female filmmakers have made to the development of African cinema.

The half-day event will be hosted by Lara Preston and Edima Otuokon, founders of the Ladima Foundation.

Mossane is the last feature film by the pioneering Senegalese filmmaker Safi Faye. Mossane (Magou Seck), a beautiful 14-year-old girl from a rural Senegalese village, is the object of affection to many, including Fara, a poor university student—and even her own brother, Ngor. Although she has long been promised as a bride to the wealthy Diogaye, Mossane falls in love with Fara.

Fatma 75 is a pioneering film: it is the first non-fiction work by a woman from Tunisia, a feminist essay-film, and the first in a series of powerful films about strong female figures in the country. It was made in the UN International Women’s Year, 1975, and has long been recognised as one of the most important films from North Africa, but has never officially been seen before due to censorship. Now, in collaboration with Quinta Gammarth in Tunis, Fatima 75 has been restored and subtitled. 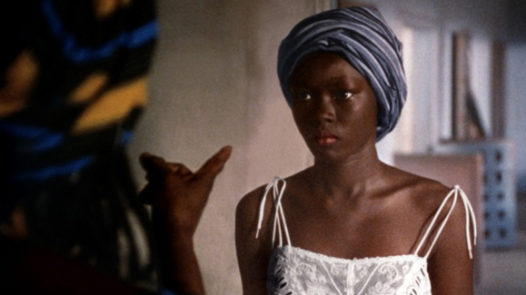