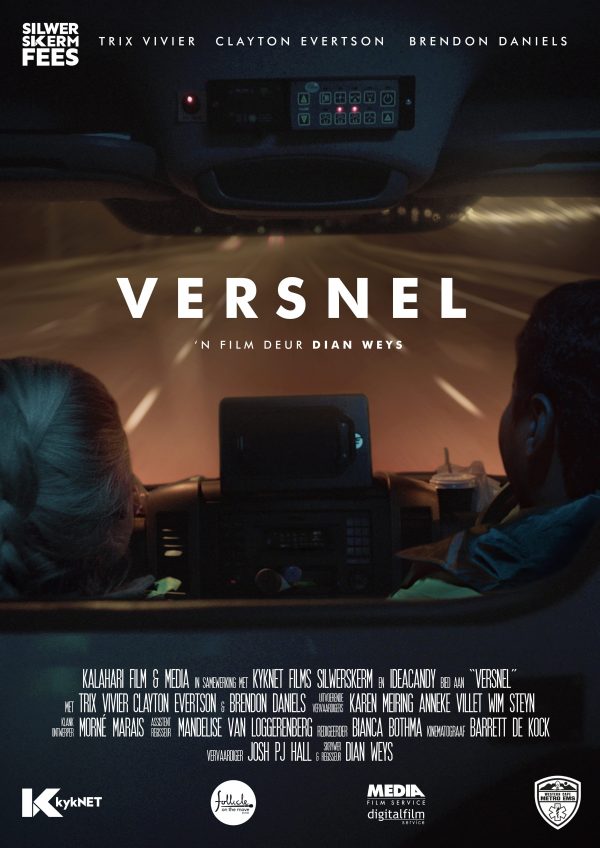 Nadia and Mouton are two paramedics who receive a call during their twelve-hour nightshift. They find Ronaldo who has suffered stab wounds and put him into the ambulance. As Nadia starts to decompress Ronaldo’s chest, Mouton is tackled outside and Nadia is pulled from the ambulance. The attackers ransack the inside of the ambulance, while a helpless Ronaldo struggles to breathe. They exit the ambulance and assault Mouton and Nadia outside. Ronaldo, however, remains inside. It becomes quiet and, after a few moments, a gunshot rings out in the distance. Ronaldo struggles to get off the bed, but is too weak and passes out. After a while Mouton, with blood on his face, helps Nadia into the ambulance, who has a wound on her shoulder. Mouton heaves Ronaldo onto the bed and tries to help Nadia. She, however, convinces him to leave the scene immediately. Mouton drives off while Nadia struggles to keep a combative Ronaldo to the stretcher. As they wrestle in the back, Nadia shrieks and Mouton hears a loud thud. As he speeds into the night, he calls Nadia’s name, but there is no response.