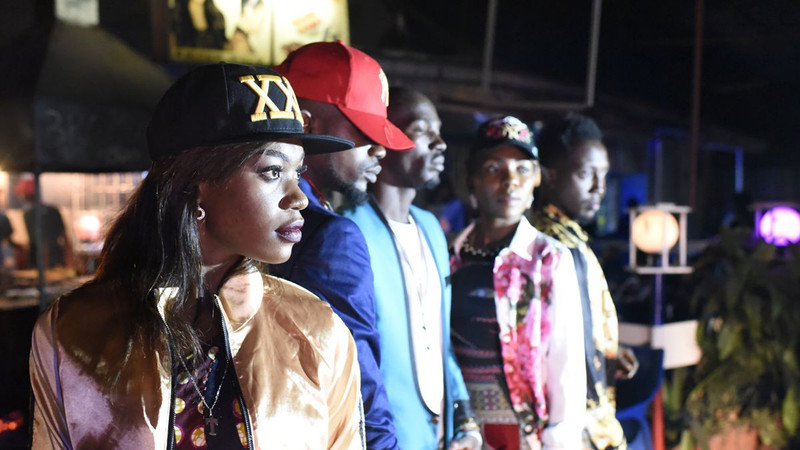 A web series and fashion brand between Kinshasa, Guangzhou and Berlin hijacking cultural stereotypes and stealing its audience for a roller coaster ride through real and fake, piracy and appropriation. A Berlin film team is sent to the Congo by a PR agency with close ties to the government. Their mission: to shoot a trailer for an image campaign intended to change the public perception of Africa in Germany. During the shoot, the team encounters the famous fashionista guerillas, the local film making scene, and designers whose creativity reaches far beyond cool outfits. ‘Kizobazoba’ – Lingala for ‘improvisation’ – becomes their guiding principle and results in the quarreling team transforming a film project into a fashion label. Kinshasa Collection creates feedback between the digital and the analog as much as between fiction and reality