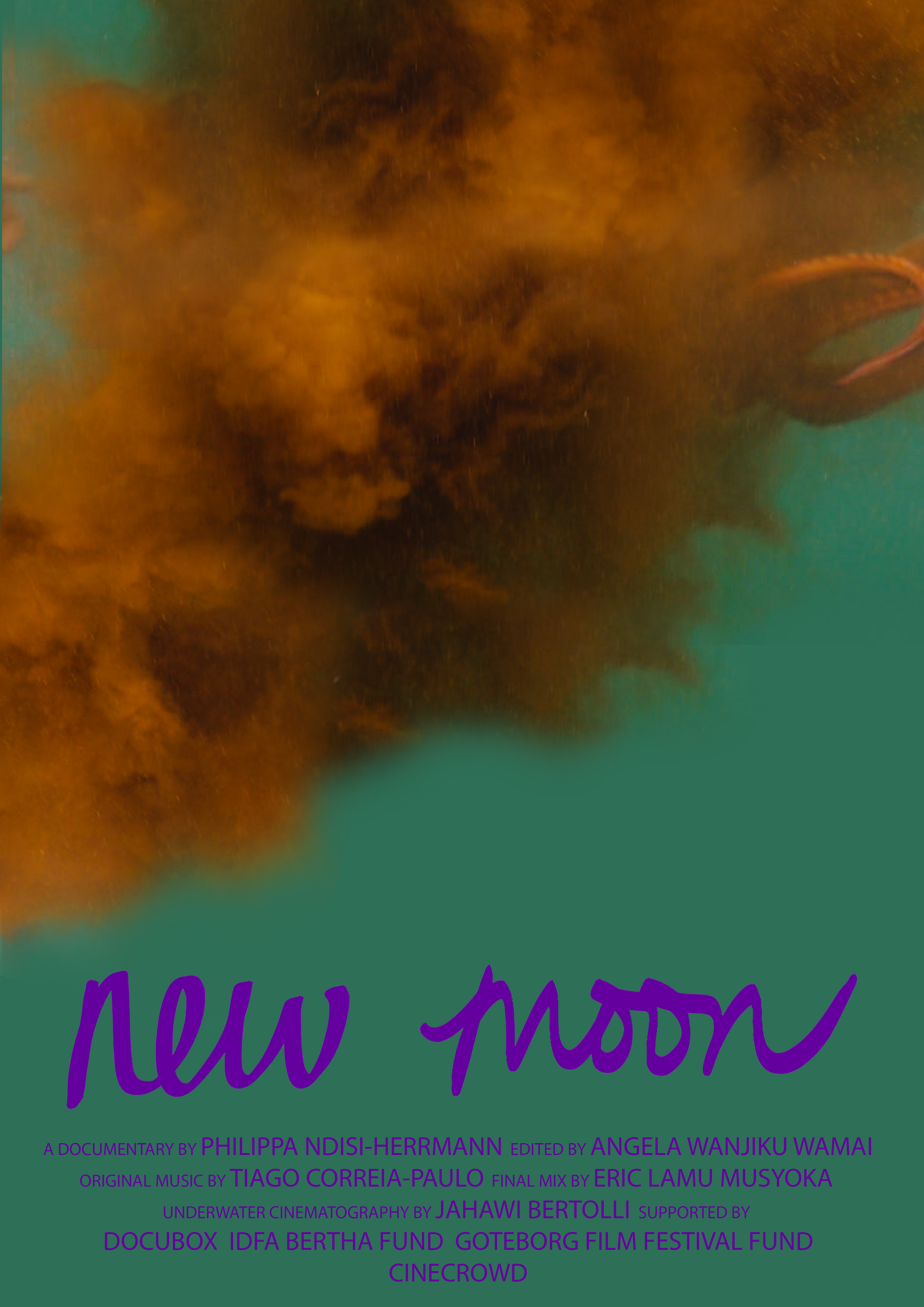 In her documentary, New Moon, filmmaker and photographer Philippa Ndisi-Herrmann embarks on a journey that takes her to the island of Lamu. Her intentions are to make a documentary about the effects of the construction of a Port on an obscure, predominantly Muslim Stone town.

The gigantic port project and coal plant are the external elements that threaten to disrupt the rhythm of Lamu. However the real disruption in New Moon is that of the filmmaker and protagonist as she confronts a new spiritual awareness. Her commitment to her path of self-discovery takes her to a woman called Raya and her young sons, Ahmed and Abu Bakr.

It is in their home that she finds a narrative anchor and a more personal entry point into the mysteries of this old town. Fragments of Lamu life unfold like chapters in a book: a man scaling a fish, children bathing by a dock, a baptism, a visual diary of a woman not entirely sure of where she is headed. With her deepest instincts guiding her, we see Ms. Ndisi Herrmann tackle the contradictions of being a modern, liberal woman embracing Islam and grappling with the complexities of her chosen faith.