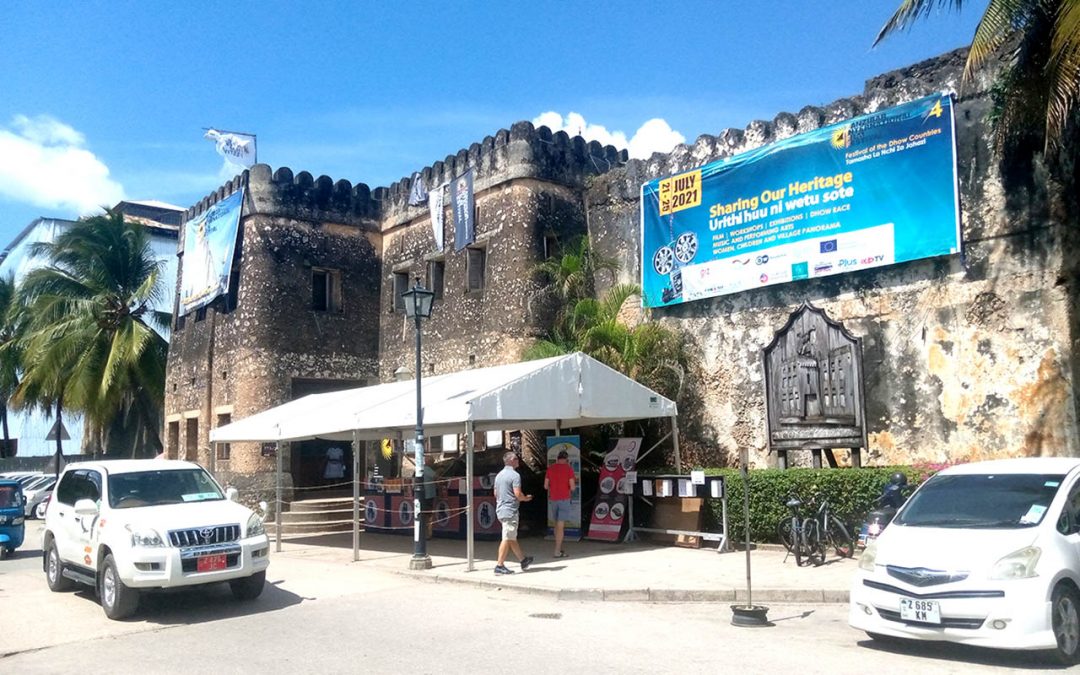 ZIFF 2021 will be remembered as the shortest as well as the most calm festival of all. While there were many challenges facing the ZIFF management throughout the year we managed to undertake the festival duties with considerable ease and comfort. We also had the fewest number of staff and volunteers. We undertook all the conventional festival programs but with fewer personnel.

This year we managed to host 52 Filmmakers from all around the world, 28 non invited filmmakers, 3 Jury members, 50 workshop participants and over 40 conference and forum participants including the EU Ambassador to Tanzania and Representative of the Ambassador of Germany to Tanzania, two Zanzibar government Ministers and a former Tanzania government Minister. ZIFF 2021 hosted a Conference entitled ACP-UE Culture which was in a hybrid format funded by the ACP-UE Culture Technical Desk. The conference discussed the forthcoming Call for The ACP-EU Culture programme and its mechanisms supporting audiovisual coproduction and the cultural and creative sectors in ACP countries, as well as the ACP-EU Culture programme –Supporting the Culture and Creative Sectors in East Africa.

Having the Conference was a coup in itself positioning ZIFF as an important cultural platform not only in East Africa but in the ACP countries. 65 films were projected films (45 African & 20 Foreign) were selected this year from 32 countries after the submission of 247 films from over 55 countries.

Film Department: This year 247 films were submitted from 32 countries. Only 67 films were selected for screening of which 14 were Feature Films, 13 documentaries, 33 shorts films, 7 Animations. All in all we had 16 films from Tanzania- the biggest haul ever. In our outreach program 6 films from Europe, as well as 2 Animations and 2 short documentaries from Tanzania were screened in 3 Unguja villages.
This year we received over 40 filmmaker guests from Kenya and a growing number of Tanzanian filmmakers attended the festival.

We screened films in 6 venues this year (Old Fort, Mambo Club, Marumaru Indoors, Marumaru Outdoors, Marumaru Terrace and Kitaani Screenings in Stonetown) as well as Mpendae Mall in Mpendae. Screenings during the day were well attended since we only had one venue but there were delays in starting in the morning due to Technical Team’s intransigence.
This was also the first time for us to screen films in Mambo Club and of course people regard the amphitheater screenings as the main screening and special efforts need to be made to attract people to the Mambo Club.

This year the screening of Nyara, a Tanzanian film, was very well received. Coupled with the film’s marketing tactics, including a physical martial arts show prior to the screening, the film found favor with the local audience.