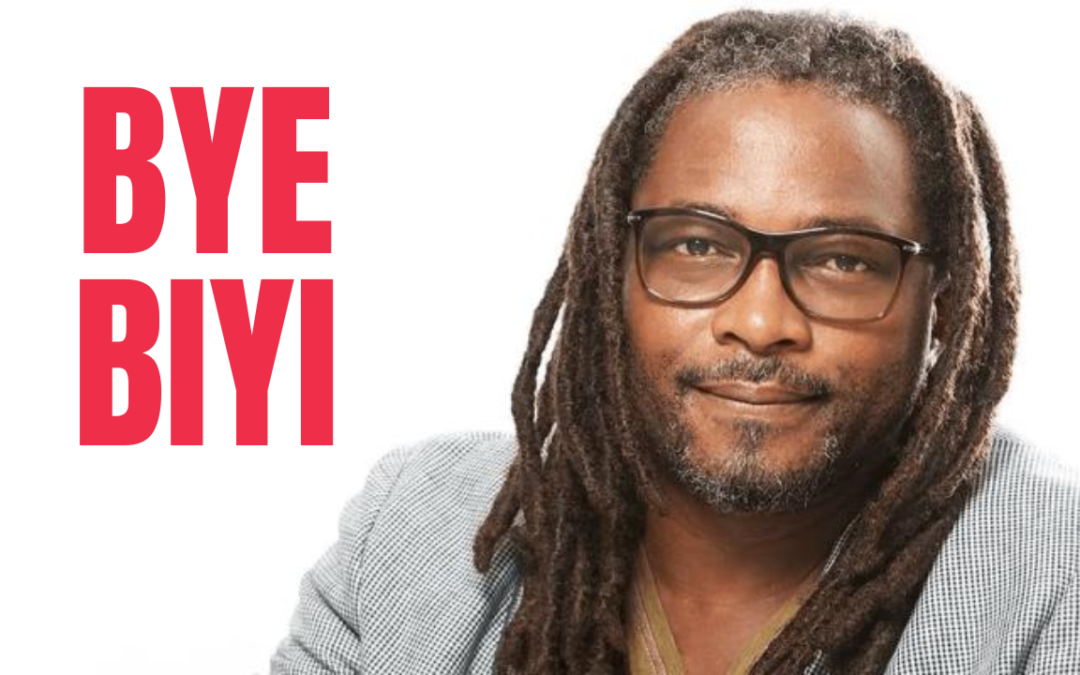 Powerhouse storyteller and visionary Biyi Bandele, from Nigeria, has departed this world. At just 54, this news is hard to accept or believe. Biyi and I met in Zanzibar many years ago at the Zanzibar International Film Festival at his screening of the incredible “Half a Yellow Sun,” an adaptation of the novel by Chimamanda Ngozi Adichie. Biyi was curious, charismatic and stylish — a warm soul — and our conversation that night under Zanzibari skies flowed easy & sweet. We stayed in touch over the years through Facebook mostly but like so many connections over the pandemic, we had lost track of one another. Biyi had a profound impact on me and, no doubt, the world, with his tenacious devotion to storytelling. It’s bewildering to think of Biyi gone from this realm — he is such a vibrant life force — I can only imagine that he continues to weave stories from other realms with the ancestors. Rest in peace & power, Biyi Bandele.

(By Amanda Lichtenstein on LinkedIn)
To see his glorious fotos on facebook was always a thing to wake up to. Like you, I met him at ZIFF when he opened the festival with Half a Yellow Sun agreeing to have it screened at ZIFF in an eyeclip. Then I saw his truthful surprise when his film won the best film that year (2014). Such a beautiful and humble person who could not even fathom the height of his own success. We kept in touch, through facebook, but also when he introduced me to the National Cinema Gallery screenings of Fela, which I followed religiously live. Now he is gone- just like that! Talk about candles in the wind? We can expect that but who would dare think that one could dream of dying and actually go with the dream.

Like a dream Biyi is gone,
but in my dreams he returns
over and over… like a dream!
Sleep in peace brother,
Till we meet again…
I our dreams.