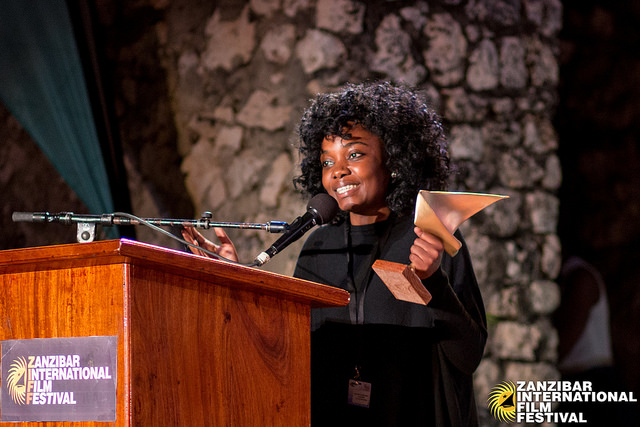 Film is one of the most powerful influences on human habits and even belief systems. The media has taken the role of philosophers in society and therefore the role of the media has expanded tremendously. ZIFF has a vision to promote the making, analysis and understanding of life affirming films. In that way we can have a positive impact on media practitioners here in the region and in Africa in general. Experienced and world-class mentors and trainers are invited to impart their knowledge to thirsty trainees. A relentless advocate for gender parity, ZIFF believes it is vital that stories aretold from all perspectives and that representation matters. ZIFF is committed to substantially increasing the number of working women directors in film, television, commercials and new media in Tanzania and East Africa.

OBJECTIVES OF THE WORKSHOP
The Key objective of the ZIFF Workshop is: to empower, inspire and advance women filmmakers to influential positions in film production

Immediate Objectives of the Workshop are:
1. to improve women representation on and behind the camera
2. To provide education and professional support for women filmmakers through hands-on craft enrichment and mentorship.

In order to reach those objectives, ZIFF 2021 aims to undertake 2 workshops in collaboration and in partnership with like-minded organizations to increase our reach and impact women filmmakers in the region from novices to recent graduates and even award-winning veterans.
We have therefore partnered a Women focused Film Festival from Belgium ELLES TOURNENT and the Tanzania Community Civic Initiatives of Dar es Salaam to undertake Workshops before and during the ZIFF Festival in 2021.

Under the women Panorama program ZIFF and TACCI, focuses on the role of women in development through social training and capacity building programs to women during and even after the festival.

The First Workshop we are going to conduct is an Online Conversation on the topic of How Gender Diversity Is Being Promoted In The Film Industry Value. Through this ZIFF Webinar a panel of Women filmmakers from Europe and Africa will engage with a global audience to exchanges about best practices in Europe and Africa in general and discuss the status of women’s representation in film both in-front and behind the camera.
Four European women filmmakers purposely selected by the Elles Tournent will join Four African Women filmmakers selected by ZIFF to form a discussion panel to exchange views on the subject. The panelist will discuss their work environments and conditions that support the development of greater women representation and voice in and through film and film festivals.

The Second Panel would Involve Women in Animation.
Although female animators have come a long way from the time when Disney sent out rejection letters stating, “Women do not do any of the creative work in connection with preparing the cartoons for the screen, as that work is performed entirely by young men”, the climate shift within the animation industry is progressing very slowly. During the 1930s, women were only employed as inkers and painters at Disney. They were discouraged from being animators and were not permitted inside the animation building unless it concerned business.

As of 2019, the number of female executives in animation has risen to more than half, and 39% in TV. However, female directors make up 3% for animated films, while women of color make up to only 1%.

This is the state that the world find itself in and we at ZIFF would like to focus on this subject and through activities during the festival we would look at efforts aimed at raising awareness of women in the animation industry. A discussion of best practice activities in the diverse countries of Europe and those in Africa would be held. The factors would be discussed by experienced and articulate advocates for animation in the world.

During ZIFF2021 this programme would continue with screenings of 8 short animations at two venues. First there would be a venue of professional filmmakers to view current films produced by Women animators in Europe and Africa.
Secondly, a key event of the Festival under the Women Panorama Programme will be the screening of European and African films at village settings where discussions about the films will also be conducted. The Village screenings will be undertaken in Nungwi and Jambiani in Unguja and in one village in Pemba. This Webinar Programme would be held Online two weeks before ZIFF.

The Second activity- A two-day Master Class will be conducted during ZIFF in July.
The Masterclass Atelier will dig deeper into the initial online discussion. The face-to-face Masterclass will bring together 2 women directors from Tanzania and East Africa (ZIFF proposal) together with Marie Vermeiren, from ELLES TOURNENT (Belgium); and Salomé Richard, actress and director of one of the films of the FEMALE GAZE project (Belgium).

The Masterclass will involve 12 selected actresses to undertake an ACTING FOR THE CAMERA workshop with a view of enunciating the Gaze of the woman film director. So while the training is essentially about acting it is also meant to entice the actresses to begin the journey towards becoming film directors.

The Master Class will also include a special session on short films with a “focus on Belgian and European cinema” conducted by ELLES TOURNENT. There will be 3 short fiction/documentary films including one by Salomé RICHARD (Female Gaze Collection) and 3 short European animation films. Two animations from Tanzania, produced by Tanzanian women animators, will also be included in the discussion.

The program is intended to help mentees have greater “industry knowledge and access to information through relationships with experienced professionals. Indeed the workshops can introduce new concepts and spur participants to investigate their individual capabilities and cinematic perspectives. The aim is also to demonstrate and encourage the practice of actual methods 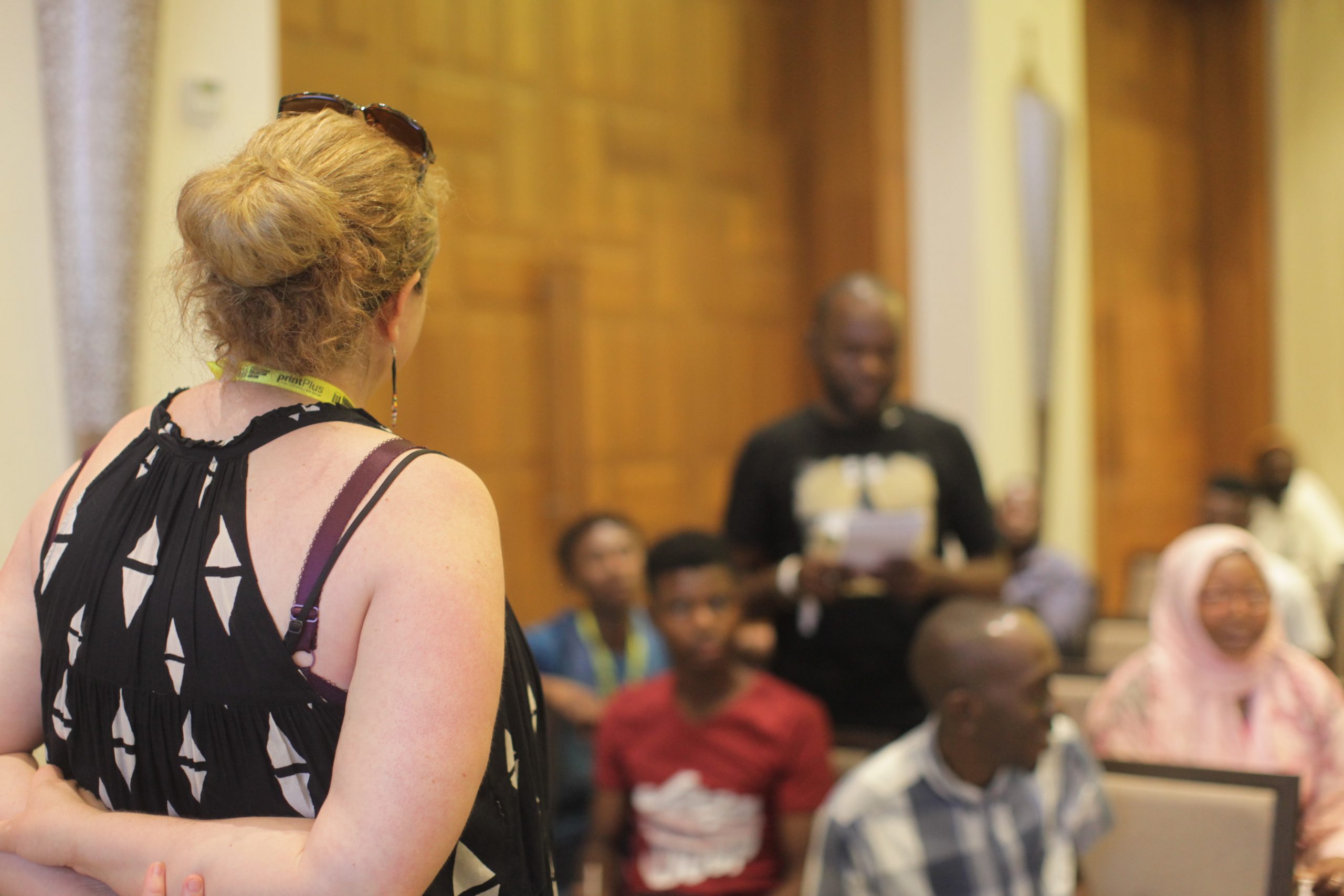 «ACTING FOR THE CAMERA» Masterclass during ZIFF. The Masterclass Atelier during the ZIFF will continue and deep the initial online discussion on the theme of gender promotion in the film industry.

The face-to-face Masterclass will bring together as trainers Seko Shamte and Toni Kamau women director/producers from Tanzania and Kenya respectively and Marie Vermeiren, from ELLES TOURNENT (Brussels, Belgium); and Salomé Richard, actress and director of one of the films of the FEMALE GAZE project (Brussels, Belgium).

The masterclass includes a special session on short films “”focus on Belgian and European cinema”” and a number of  short fiction films including one by Salomé RICHARD (Female Gaze Collection) and  5 short European animation films.

The films will also form part of the Village and Women panorama screenings in 3 semi-urban villages in Unguja Island (Nungwi, Paje and Makunduchi) where the films will be screened and discussed with a facilitator on hand.

The Masterclass will involve 12 selected actresses undertaking an ACTING FOR THE CAMERA workshop with a view of enunciating the Gaze of the woman film director. So while the training is essentially about acting it is also meant to entice the actresses to begin the journey towards becoming film directors.

During the ZIFF the Festival Elles TOURNENT will select a Tanzanian woman filmmaker to be invited for the 2022 edition of the festival in Brussels. 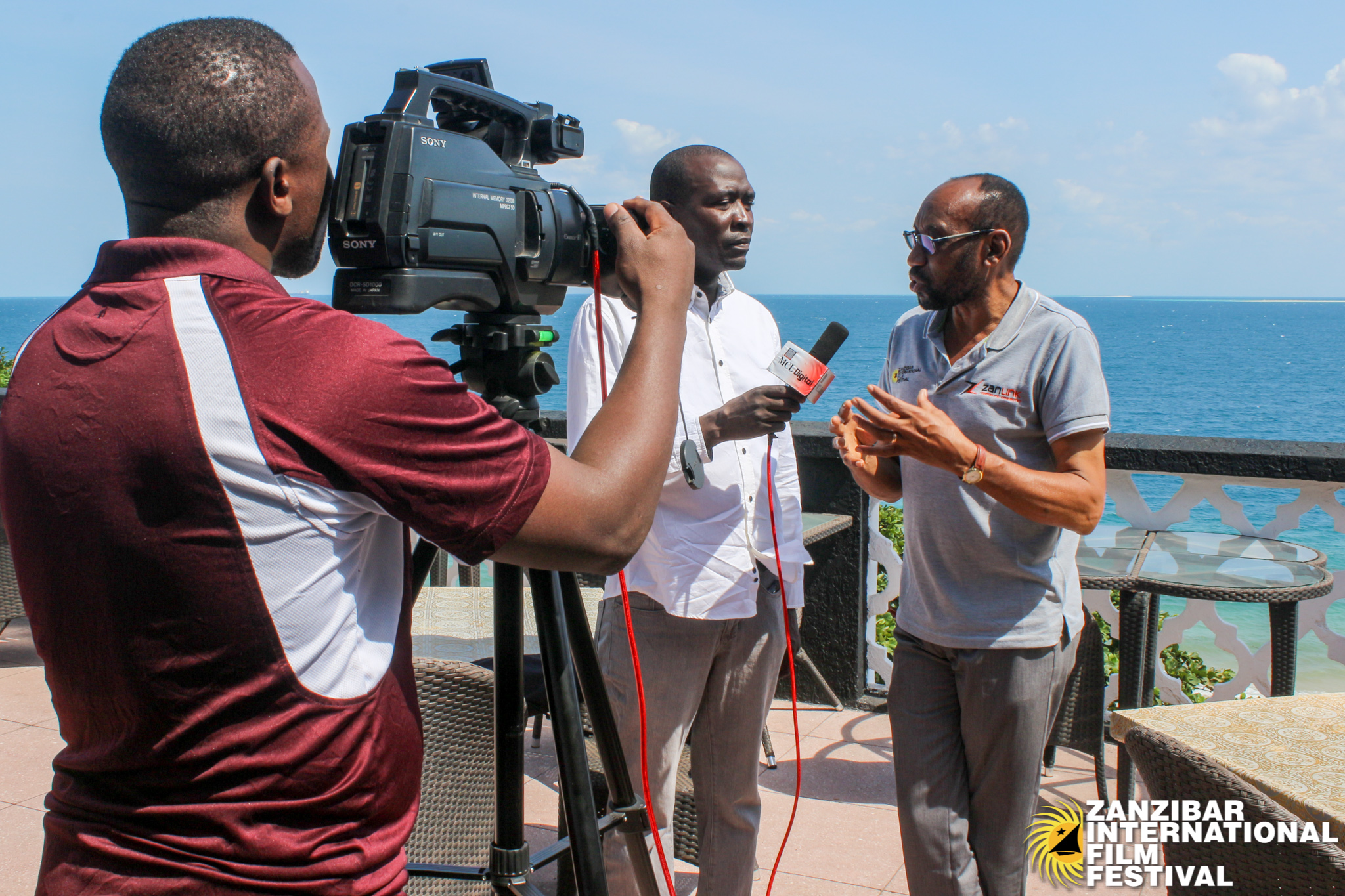 The Blue Economy is a factory of opportunities for Zanzibar Youth
Photography is a key link to Tourism that affords a huge scope for creative entrepreneurship including photographing landscapes, portraits, culture, food and wildlife. The objective of this workshop is to learn how to represent Zanzibar’s beauty through photography as a creative enterprise. Youth with some experience in camerawork either as videographers or camera people are invited to apply. 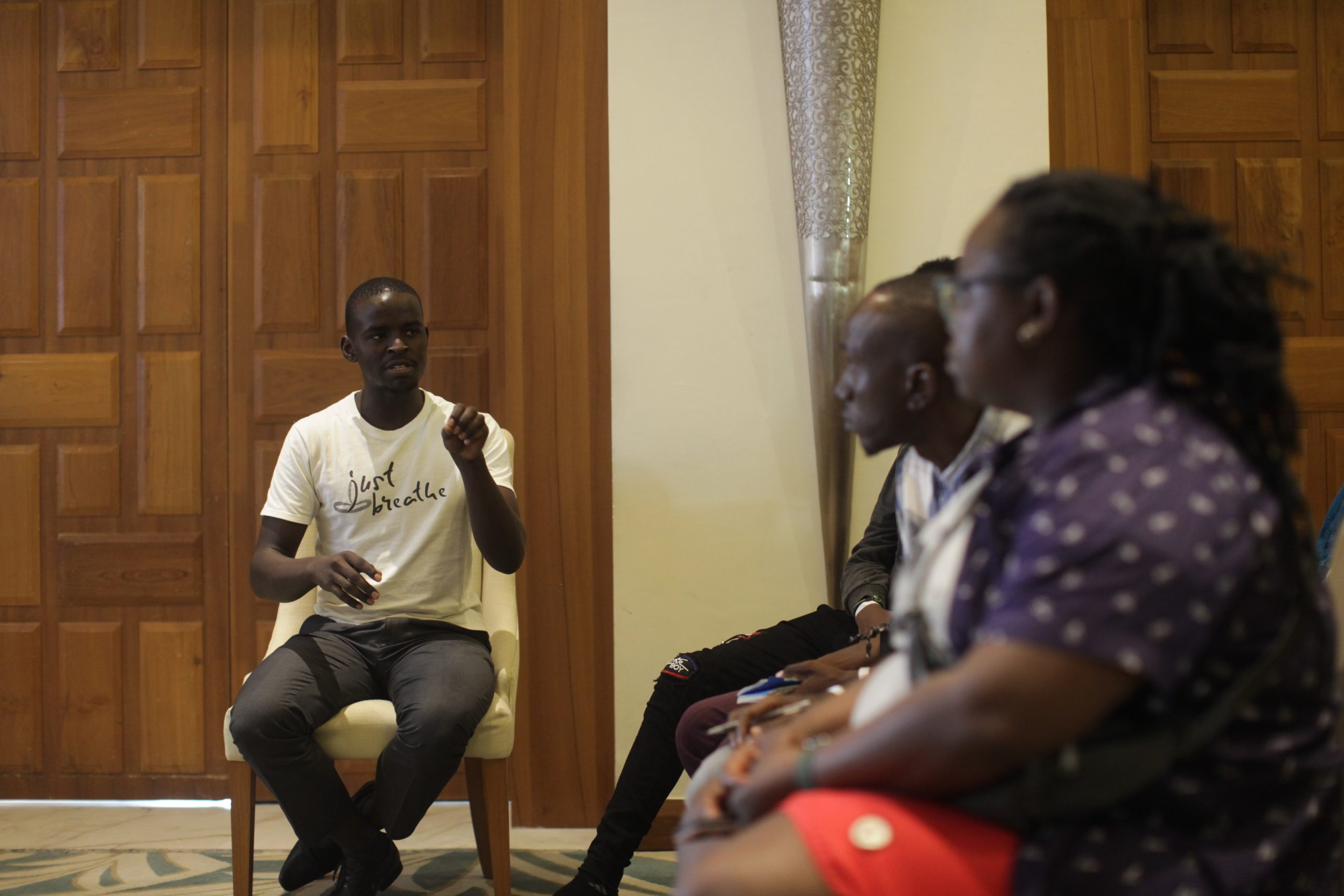 Film development is a concept that is hardly practiced in the Tanzania film industry and Film Lab Zanzibar believes that professional film concept development is the key to a successful film production.

The workshop will start with two keynotes, presented online on 24 July from 9.30 -11.30 AM (EAT), including a break. A joint conversation facilitated by Film Lab Zanzibar will round up the two keynotes.
The keynote sessions will be in English, and the rest of the workshop in Kiswahili – facilitated by our key trainer Amil Shivji. Some workshop participants will be present at the festival venue onsite, while some others will join the online sessions from various locations in Tanzania.

The Deutsche Welle Akademie plans to further support the film industry in Tanzania. They will launch a fund for film development in Tanzania later in 2021. The workshop during ZIFF is a preparation event for this output, as well as putting a spotlight on the importance and richness of the film development processes in general. 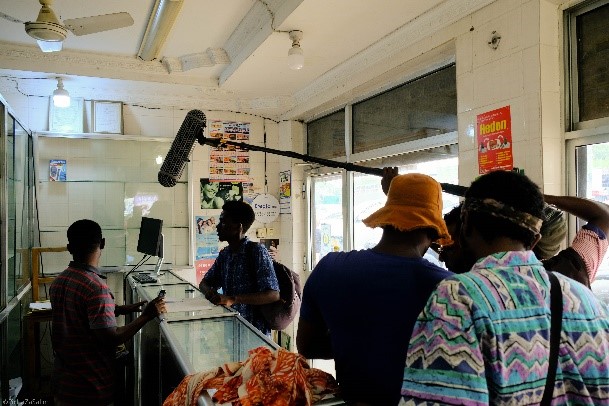 Ndo Kubwa is an anthology of three short films — Vunja Jungu, Ukungu, and Dogo — all created by the Sauti Mpya film programme at Nafasi Art Space in Dar es Salaam. The films follow three different characters, each with unique circumstances but all facing societal pressures placed on youth in Tanzania. A woman sells dagaa, dances with a contemporary dance troupe, and challenges stereotypes about people of her size; a young man puts his own life on hold to take care of his sick mother while trying to stay connected to his friends; a man works as a gardener and struggles to see his own worth, failing to realize how much his young nephew looks up to him. These are intimate, observational glances into young people’s lives as they navigate challenges at the cusp of adulthood and test the social bonds that sustain them.

A Note about the Production:

The Sauti Mpya Film Development Programme at Nafasi Art Space is an intensive, hands-on training for emerging Tanzanian filmmakers with an emphasis on story development and script writing, promotion of the short film as an art form, and the creation of nuanced films for Tanzanian audiences. The films were shot using collective modes of production— the scripts were written in teams, trainees had the opportunity to serve in a different role on each set, and responsibilities were shared between the group members.

Nafasi Art Space is a multidisciplinary contemporary art centre that seeks to enrich and further human potential through the arts. Nafasi’s Sauti Mpya programme was funded by WeWorld Tanzania via a grant from the European Union, in partnership with the Tanzania Film Board, Zanzibar International Film Festival, and Azam TV.

Filmmakers and Participants in the Sauti Mpya Project: 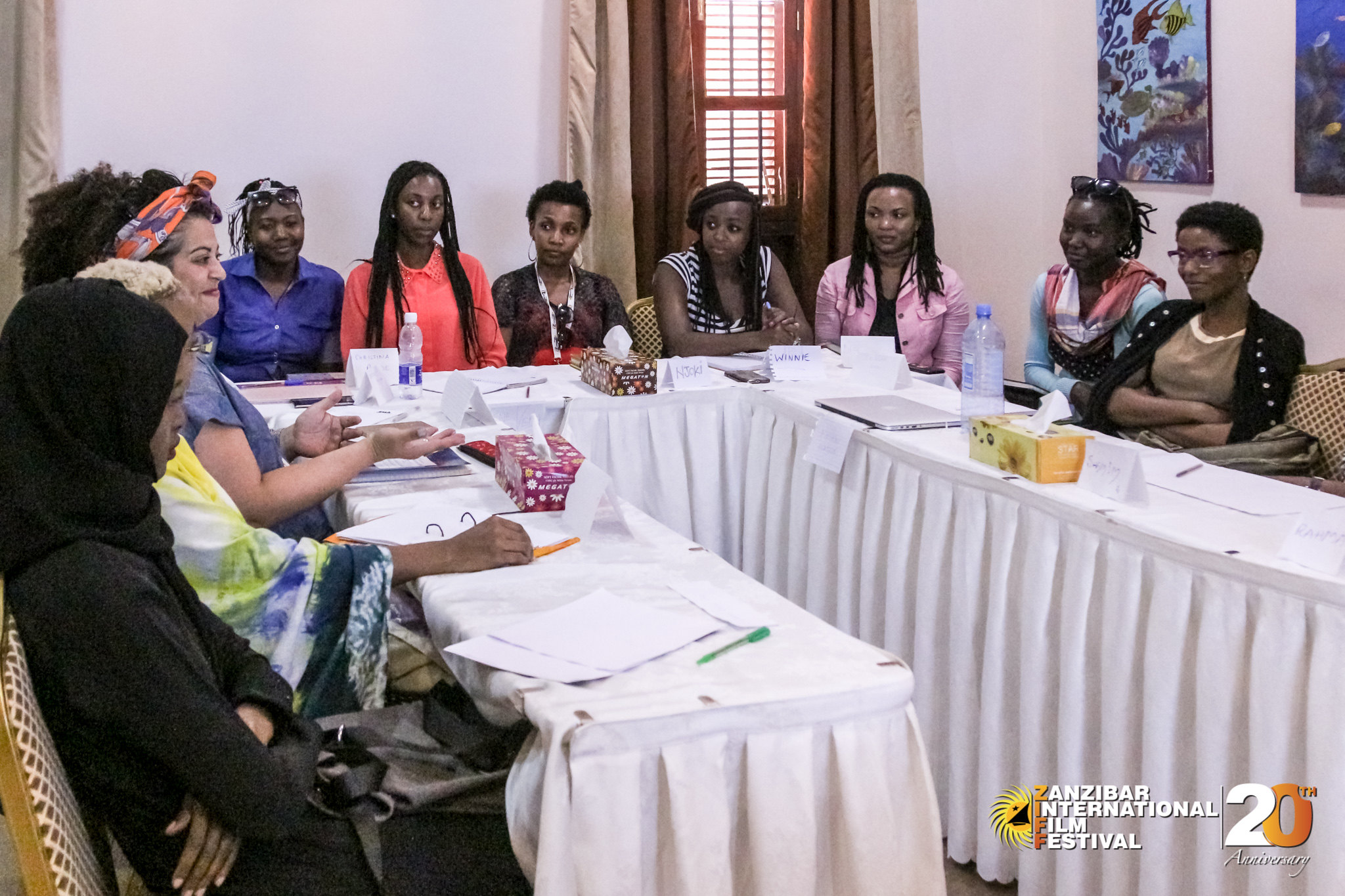 SCREENWRITING WORKSHOP: STORYTELLING FOR THE SCREEN
with Christopher Doherty

Traditions, thematic premises, and tools of the trade.

Writing for the Seventh Art starts with passion for good stories. It can get complicated with the many various approaches. So it’s always good to get back to basics. What is the story? Why do you want to tell it? To whom? Is it universal? What do you want to achieve with it?

The workshop will explore the rules and principles of successful drama and comedy.  Exposition and suspension of disbelief, structure and subtext, paradigms and pitfalls, hooks and arcs. The ten genres. Loglines and taglines. Honing dialogue. Why writing is rewriting and when not to overdo it.

It will also delve into African oral traditions and how best to assimilate them into cinematic storytelling today.

Christopher Doherty is a screenwriter and dialogue consultant based in Munich, Germany. His filmography includes films such as Bagdad Cafe and The Name of the Rose and he has worked with directors including  Werner Herzog, Roland Emmerich and Wim Wenders.  His recently completed screenplay Up To No Good is a caper comedy/thriller.

Note: A Swahili Translator will be provided for each session.